Women’s handbag history is very interesting. A handbag or purse  is a necessity for a modern woman, and many women feel completely naked without there handbags. The handbag is not a new invention. People have been carrying them for thousands of years. Handbags have been influenced by technological advances and societal changes. Factors like the development of money, jewelry, transportation, cosmetics, smoking, cell phones, and the role of women in society, have all been influential factors that have affected the evolution of handbags. The modern handbag is a symbol of fashion, personality, wealth, and status.

Women’s handbag history extends back for millennia. Ancient Egyptians were pictured in hieroglyphics and wall art, wearing bags at their waists. Throughout history, both men and women have used handbags. 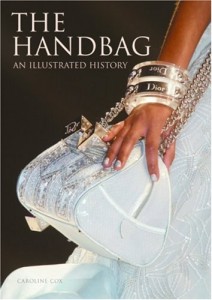 Medieval purses were not strictly used for carrying money, but were also associated with marriage and betrothal, often decorated with embroidered love stories. In the 15th century, a beautifully embroidered purse was a traditional wedding gift for a groom to present to his new bride.

Throughout handbag history, handbags were not always fashion statements. In the Middle Ages, peasants wore them to carry seeds to the fields. Wealthy people carried small coin purses and women wore sacks hanging from their girdles to hold their personal items. Purses, known as “chaneries,” were also used for gaming or for holding food for falcons. Ecclesiastical purses were significant and were used to hold relics or corporals. Women favored ornate drawstring purses which were known as “hamondeys” or “tasques”

The 17th century saw rejection of the obvious use of  bags and people preferred to hang embroidered drawstring purses under their skirts and other clothing. Purses were highly functional but they were also used as  decorative containers for gifts. Nearing the end of the 17th century, purses became increasingly sophisticated, moving from a simple drawstring design to more complex shapes, construction and materials. This marked a ‘changing’ point in handbag history.

By the 18th century, small handbags were popular women’s accessories. Upper class women owned a handbag for every outfit and used it to store her essentials. One reason purses grew in popularity was because the clothing styles became more  fitting, making it hard to hide a bag underneath a gown. 18th century handbags were very beautiful and elaborately made, clear markers of a women’s status.

The 19th century saw the advent of the railroad and it also marked another ‘changing’ point in handbag history. As more people traveled by train and women became more mobile, professional luggage makers turned their skills into making bags those for train travel. The term “handbag” emerged to describe the new hand-held luggage bags. Many of the top names of today’s handbag makers got their start as luggage makers. For example, Hermes bags were founded in 1837 by Thierry Hermes, a harness and saddle maker, while Loius Vuitton was a luggage packer for the Parisian rich. Modern handbags still allude to luggage with their pockets, fastenings, frames, locks, and keys.

By the 20th century, a handbag signified a woman’s independence. By the 1930s, most of the bags used today had been invented, including the classic handbag which had a handles and a clasp frame, the clutch, the satchel, and the shoulder bag. Women’s handbags continued to modernize over the years, with designers like Chanel, Hermes, and Louis Vuitton transforming the concept in the 1960s. The 1960s saw another ‘changing’ point in handbag history. In the 1960s, larger satchels and fabric shoulder bags gained popularity. Instead of machine-made goods, Afghan coats and bags, patchwork and embroidery, and former army shoulder bags  became popular. Individual expression became popular, psychedelic patterns and “flower power” introduced a romantic and ethnic look to fashion.

Just like in the 18th century and various other points in handbag history, handbags are still a sign of prestige, status and self expression. Some of the best designers today are Gucci, Prada, Cellini, Coach, and Dolce and Gabanna. Different design houses are known for different signature looks. Ralph Lauren bags are preppy and classy. Burberry bags are recognized by their check pattern. Fendi bags sport a prominent and elegant double F. Coach bags are known for their letter ‘C’. There are also many companies that make handbags and purses that are less expensive and cover the spectrum of uses.

While a modern woman doesn’t need a purse that exactly matches her shoes and outfit as she did in past centuries, she is likely to have many handbags to choose from. There are handbags that are better suited for formal attire, handbags that are utilitarian, and handbags that are designed for specific activities. Handbags are currently made in a wide array of styles and materials. Waterproof canvas, space age synthetics, and faux reptile skins are just a few of the materials modern hand bags are made from.

Throughout handbag history, handbags have been made in varying styles, worn for various reasons and represented various things. Today, women’s handbags are an integral accessory and hold all of her daily necessities. She won’t leave home without it. 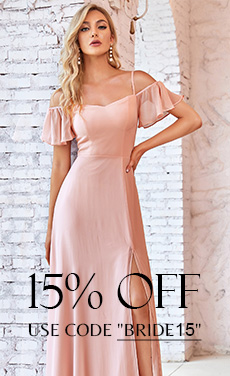